Planning Aid Wales is governed by a Management Board made up of fifteen trustee Directors. The Board meets formally four times each year and is accountable in charity and company law for making sure we keep to our charitable objectives, and that our finances are effectively managed.

Board Directors represent a wide range of planning and related interests and are drawn from a number of different sectors, including local government, consultancy, academia and affiliated planning and environmental organisations. Directors participate in committees and working groups.

Directors serve on the Management Board as individuals in their own right; they do not represent the interests of the organisations for which they work.

Planning Aid Wales is interested in recruiting Directors from a variety of backgrounds and with a range of different skills to offer. Directors do not have to be professional planners or involved with the planning sector. For further information please download the Director application pack or contact us directly.

Ian is a chartered Town Planner.

He has worked on a range of planning projects which included planning appraisals, land promotion and appearing at local plan examinations. Ian has also prepared and submitted planning applications including residential development, changes of use, lawful development certificates and schemes through permitted development rights.

He has public and private sector experience having previously worked in consultation and Local Planning Authority. A fluent Welsh speaker, Ian lives in North Wales. He enjoys travelling, running and has a keen interest in cinema, music and the media.

Louise has over 13 years’ experience in marketing and public relations, with a specific focus on the construction industry. After relocating her private consultancy to South Wales; Louise joined Planning Aid Wales to apply her expertise in a non-for-profit organisation with the aim of helping to drive change through strategic and effective communication.

Excited about the changes in the Welsh planning sector, Louise is a member of the Planning Aid Wales communications working group and is looking forward to working with a diverse range of experienced professionals as part of the Management Board.

After a first post as a Planner in Peterborough Development Corporation in the 1970s, Kay spent most of her career in strategic, transport, corporate and sub-regional planning in local government in Wales, culminating in joining the Welsh Office as Head of Planning in 1997, where she managed the Division’s transition to the very different context of working for the Welsh Government. During this time she initiated the Wales Planning Research Programme, developed distinctive policy and legislation including the Planning and Compulsory Purchase Act 2004, and supported Ministers in taking decisions on major developments.

Leaving at the end of 2005, she started a period of self employment primarily spent as Secretary of the cross-sectoral National Planning Forum (the NPF), subsequently working on a joint project for the NPF with Leonora Rozee OBE to encourage the use of Mediation in Planning in England, ending in 2014.

Kay is a Planning Aid Wales volunteer (since 2006), and is Planning and Conservation Advisor to the Llandaff Society (affiliated to Civic Trust Cymru).

Following an initial planning role with Oxford City Council in the 1970s, Martin moved to Cardiff in 1975. He has subsequently spent most of his career working in local government in Wales, mainly in planning, transport, regeneration, tourism and countryside services. In the 1980s and 1990s, Martin was also a Planning Aid Wales volunteer.

In 2006, he commenced working as an independent consultant, mainly in South Wales and South West England. In 2010 he returned to local government, acting until 2014 as lead officer with Sewta, the former regional transport consortium for South East Wales. Through 2014 and 2015, he returned to work in England, this time as Project Manager on the Somerset Flood Action Plan.

Over the period 2006 to 2016, he was also a Member of the Brecon Beacons National Park Authority, appointed by the Welsh Government, progressing in 2012 to become Vice-Chairman of the Planning Committee and Member Champion for Heritage.

Lawrence is currently working as a senior planner in development management for Cardiff Council. He has worked as a planner since 2006 in Edinburgh and Cardiff. Whilst working in Scotland, Lawrence volunteered for Planning Aid Scotland.

Prior to working as a planner, Lawrence worked as an architect in the UK and also overseas. He has a particular interest in architecture, urban design and regeneration.

Ian Horsburgh was a Planner with Cardiff Council in various guises between 1972 and 2009. He is now ‘retired’ but still involved with community groups and also helping gypsies and travellers. He has been involved with Planning Aid since 1976 and was instrumental in making South Wales Planning Aid, the precursor of Planning Aid Wales, an independent charity. He has previously served as Chair of the organisation and is a Board member, heading the Marketing Group.

Ian has been heavily involved with community groups in South Wales and has founded two other charities. Over the winter months, he migrates south to the Alps to indulge his passion in off-piste skiing.

Graham is a recently retired barrister. He was in practice in Cardiff for 30 years and a founder member of Civitas Law, civil and public law barristers, and remains there as a door tenant. he specialised in administrative and public law generally with a particular emphasis of planning and public inquiry work for developers and public bodies.

He maintains his interest in the planning and development process in Wales and seeking to widen understanding of it.

Francesca has been a Lecturer in Planning at the School of Planning and Geography at Cardiff University since October 2004. More information coming soon.

Tom works at Arup and is past chair of RTPI Cymru and Young Planners Cymru. More information coming soon. 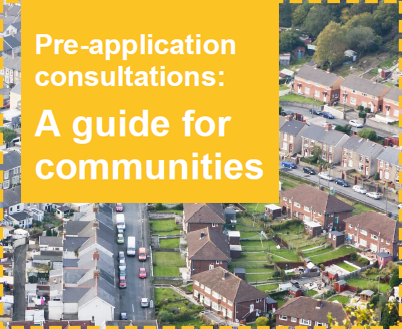 Can you deliver a planning training course for us?

We certainly can. More information on our training services page here.

We are thinking about preparing a Place Plan. Where do we start?

Planning Aid Wales has produced guidance which is available at www.placeplans.org.uk

Planning Aid Wales has produced a booklet ‘How to respond to planning applications’ which is available here.

How does planning enforcement work?

We have produced a guide to planning enforcement – click here

How do I comment on a Local Development Plan?

Can you help me get planning permission?

Send this to a friend